I’m back with the last post of my little adventure weekend in Montserrat. I started earlier with the process of getting to MNI (country code) and ended at Friday, our first full day. Now for the rest of the weekend’s shenanigans!

Saturday morning was our first experience, unfortunately for us the sky was a bit cloudy. We drove to a point of the island where we could overlook the destruction and see the volcano in the distance. As much of the area is an exclusive zone we didn’t venture any further, but from our lookout point saw others who took the risk. 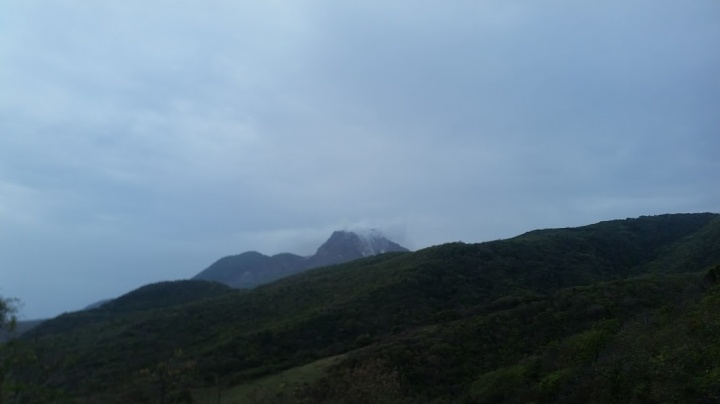 After leaving our lookout point we went to Jack Boy Hill which is a more famous point for viewing the volcano. It is equipped with a microscope, as well as settings (grill/seating) for a BBQ to be held.

After snapping a few pictures and discussing what used to be on the land below us we headed back home. As usual we passed different places along the way while engaging in conversation about the area.

Now, have you ever had REAL coconut water? Straight from the coconut and not any of that commercial stuff? It made me happy how stocked the fridge was with it, and to make the day even better we got to drink some right from the coconut (It was a mess for me). Most people also eat the jelly that’s on the inside, but ISSA NO for me!

Our next adventure was scheduled for 2 p.m., a boat ride around the island. I had high hopes for this, because I pictured boat ride, swimsuits and beach, then it began to pour. Yep, mother nature tried to rain on our parade but we still went!

We first went south to see a different view of the volcano/island then back north when the waves started getting crazy. P.S my life flashed before my eyes at one point. We also saw many different beaches, none of which we got to visit THANKS MOTHER NATURE. I really hated how cloudy it was.

When we returned to mainland we grabbed lunch at a restaurant located at little bay, of course I forgot the name. The service was trash and the food wasn’t all that great considering many of the menu items weren’t available. To make up for it we got ice-cream at another place across the road and it wasn’t bad.

We tried to go out again Saturday night but that was another #FAIL. The depressing weather continued into Sunday and the rest of our trip. Sunday afternoon we visited my best friend’s family and had lunch. The food was amazing; best curry goat EVER! Then we took a drive around Plymouth to have a closer view at what was once the capital city. We also had to get goat water before we left since it’s the national dish and what not. 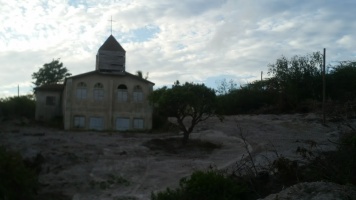 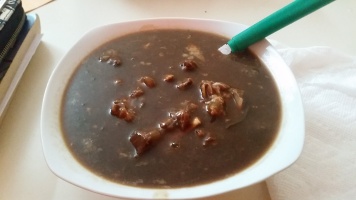 Reasons I should have written this soon after returning:

It was rainy, windy and cold so I probably continued reading my book or binge watching shows on TV. There was also an earthquake on Sunday night #Scary; no damage was recorded but it was pretty strong and lasted forever, had me confused for a second.

Tuesday we were up at 5 a.m. and I was just ready to goooo. From the earthquake(s) the previous day to the weather, my anxiety meter was up again and I was in no way ready for this boat ride. I drank some motion sickness medicine right before (bad idea) then tried my best to settle my mind. As soon as we turned the corner to head for Antigua I thought I was approaching death.

The ferry was flying through these waves; it was up for some time then bam it was down again. I tried to time it so I could be prepared for when it went up, but that didn’t work too well. I was scared to sleep, basically brought back up the medicine (tmi?), and didn’t know what else to do.

So, I plugged in my headphones, turned up the music, closed my eyes and just braced myself on the seat in front of me. It was a really horrible experience for me. The return ride actually took an hour and a half, not sure if it was because of the weather but I was so happy when we made it. After leaving the boat I felt worse…I just couldn’t wait to be at home in my bed!

Would I return to Montserrat?
Yes!
I will definitely give it a second chance for their St. Patrick’s Day festival as this is when the vibes are actually present. Also, I just have to try out the beach. Even though the weather sucked the last couple days the trip was still a good experience.

Congrats @littlebit_268 !! 🎉👏🏾
New week, let’s do this! 🥂
Change of plans, I ain’t playing fair 😏
Another trip around the sun ✨
GIVEAWAY CLOSED • Celebrate with me! ✨
Beach days are the happiest days! 🏝