Guess who’s back in the kitchen?? This chica!

My “Sunday Funday” started out with me slaving over a stove, then relaxing on a beach with a cold beer.

I almost forgot what it’s like cooking a whole Sunday dinner then having to clean up after; it’s awful, but worth it. I decided on a roast whole chicken, macaroni pie, rice, and coleslaw.

It was my very first time preparing a whole chicken, so of course I went to YouTube to figure out what to do *lol*. Usually there’s a gilblet package located in the cavity that should be removed; thankfully that was not the case for me *hallelujah*. So I continued with how I’d normally clean chicken. After washing it I patted it dry then began the seasoning process.

First I rubbed some olive oil over it then added basic seasonings (salt, black pepper, complete seasonings, garlic powder). I then sliced some onions and sweet pepper and stuffed on the inside. Placed my chicken in the fridge for two hours or so while I began preparing other things. 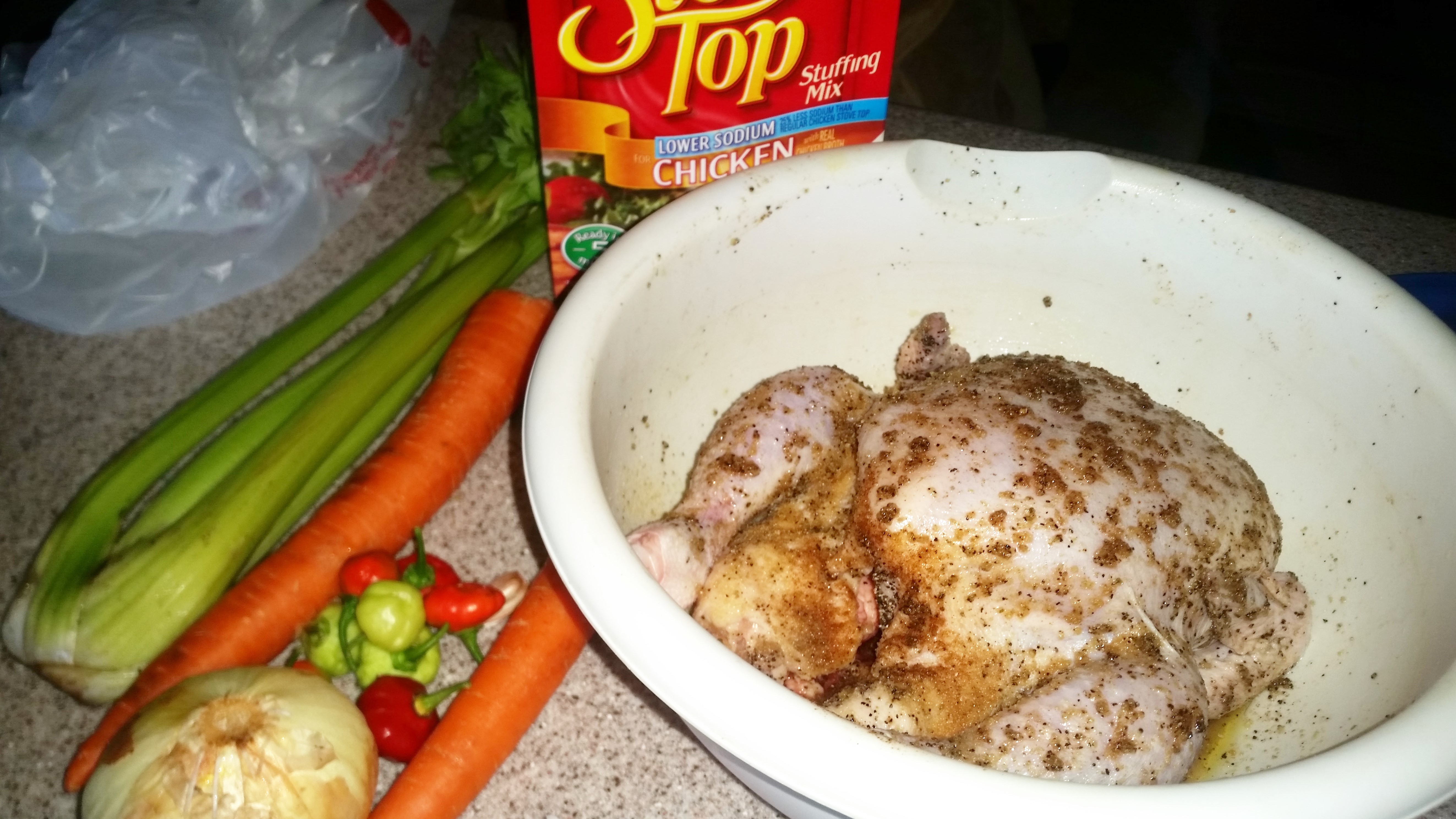 For as long as I have been eating roasted chicken there was always stuffing, so guess what I did? Made stuffing!

I had an extra piece of carrot and a lonely potato so I cut those up and threw them in the pan to roast as well. 🙂 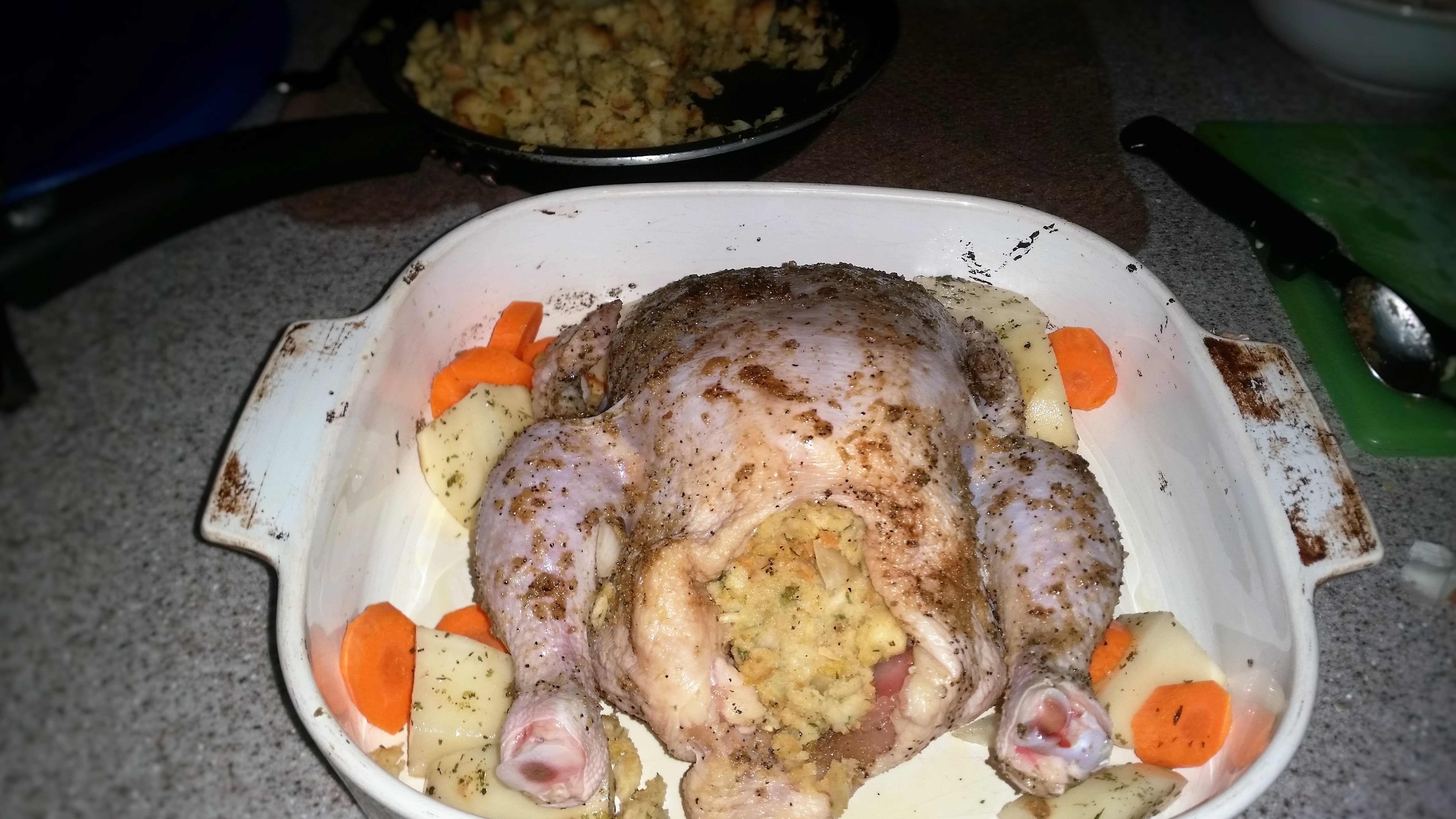 For a first-timer I think I did pretty well! And yes it tasted good, even made a little gravy to go with it *not pictured*.

What did you guys have for Sunday dinner? Have you ever roasted a whole chicken? Let me know! =)

One response to “Roast Whole Chicken”