I’ve really been delaying this post for quite some time. Truth is, I’ve just been lazy and not in the mood to write. However, I’m forcing myself to get it done because “discipline“. If you’re an OG (original) follower you would have seen that I had a strict schedule of posting on Sundays & Wednesdays. Somehow, that changed and I can barely post once a week. Nonetheless, what’s been up with my hair?

I may have mentioned before how much of a task my hair is to deal with. It’s been even harder to retain moisture especially living in a tropical environment. During the summer I decided to make my load easier by doing a protective style, so I tried out faux locs for the first time. After taking them out I still wasn’t in the mood to deal with my hair so, a week later it was time for another protective style! 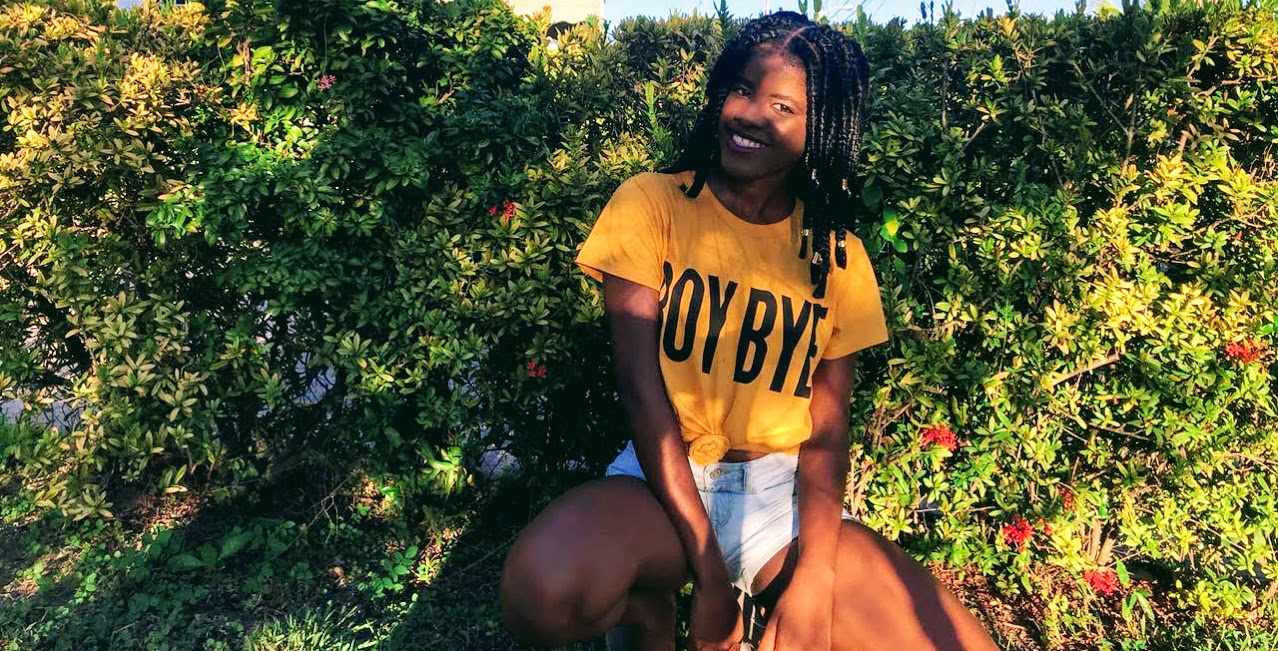 For this protective style I decided on Bob Braids. The longer braids usually keep me hot, and it’s difficult to tie up for sleeping/showering. I got this style from Pinterest, but it’s also quite popular on IG from a girl who does faux locs. Originally I wanted to incorporate grey/silver hair in my braids, as well as purple rubber bands on the ends. However, I wasn’t sure how “professional” it would have been in a work setting. I was also scheduled to travel for work the following week.

Thankfully, after the stiffness wore off it was quite easy to pull the braids back into one and sleep in. While I had in the braids I would oil my scalp occasionally with a mixture of oils (Jojoba, Castor, Olive). Apart from that I didn’t do much and didn’t have any problems. Using the excuse of my thick hair, I used four and a half packs to achieve this style. I kept them in for four weeks, because I was ready to wash my hair from buildup. However, I think they could have stretched to another week or two.

I still can’t get my hair up in one BUT I can get a FROHAWK! Honestly, I didn’t even think of this style, but I’m so happy for something new. I used Aunt Jackie’s Flaxseed gel and a hard brush to get the sides up, then my jumbo bobby pins to keep everything in place. I had a twist out from the day before so I didn’t need to do anything to the top.

I didn’t do a length check per se but after combing out my hair from the braids I realized that my hair could indeed go into one. Maybe with a bit more stretching I could accomplish this. It’s not where I thought it would be after almost two years, but it’s slowly getting there.

If I do try these methods, I’ll be sure to update you guys. Gotta do my research first and determine if they actually work on 4C hair. I also want to invest in some more TGIN products, but the prices *phew*.

Leave any tips or suggestions you may have in the comments below!