As Told by Ali

Having natural hair in this century may just be the most difficult or annoying thing ever, when it’s really supposed to be the opposite. You’d think with all the new age Black Girl Magic and promotion of Blackness that people around you would be more supportive.

Well I can’t throw everyone under the bus, but it’s almost like the majority still has a problem with black girls being natural. Actually, let me rephrase that – there’s a problem with black girls being natural with a hair texture different from loose bouncy curls. Yup, I think that’s it. Whereas my coworker would get praised for having her hair out in all its curly glory, they’d look on me and ask if I don’t like combing my hair.

Rule No. 1 – Constantly preaching negativity about one’s hair is not the way to go.

After going through all of that, there are the select few who would be amazed at your afro or intrigued when you finally get that perfect twist out. Then out of nowhere there are hands in your hair, sometimes you don’t even see them and of course people think there’s nothing wrong with that.

One day I was at a conference and of course my hair was out. So I’m standing in the food line with a guy behind of me and he proceeds to rub his hand through my hair and not in a subtle manner. He did it like I was a dog and he was playing with my head. Being the person I am I got upset, because who are you to think that this was acceptable in a professional setting? What got me even more triggered is the fact that I told him to stop and asked why he thought it was okay? Would you come up to me and rub any other part of my body that way? Of course he didn’t understand the correlation. Go figure. 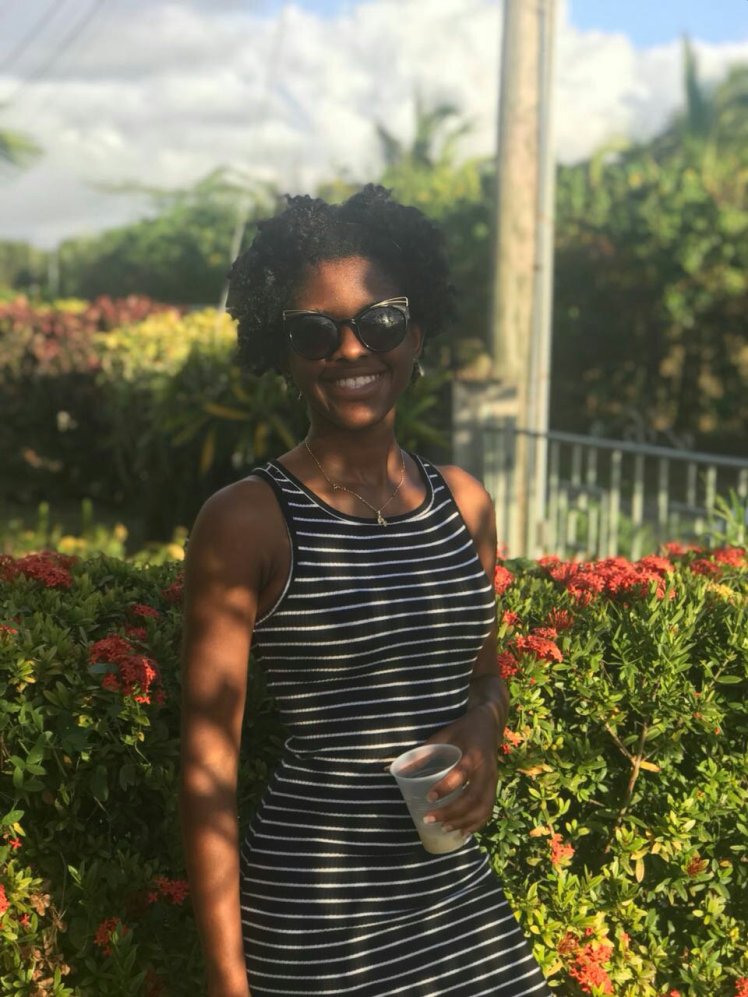 Why is it still a thing that people believe if your hair isn’t straightened or super curly that it isn’t “good hair“? in 2018! why can’t an afro be considered good hair? *It’s slowly being accepted.*

Do you know the process it takes to get your hair dead straight? All the chemicals, extreme heat, pain and discomfort. Simply to look like our caucasian counterparts or be accepted in our society.

As I was growing up my hair went from shoulder length to chin length and even shorter. I had bobs then a pixie cut all because of the damage caused by the various chemicals, especially the water being used at the time. No matter how many treatments and trims I did it was never the same, so tell me why would I go back to that?

Even if we have natural hair and want to wear weaves or braids, we shouldn’t be persecuted. “Oh I thought you were team natural, why the change.” So you’re basically saying we can’t have any kind of expression with our hairstyles? Do you even know how the use of these hairstyles from time to time benefits our natural hair? There’s a reason they are referred to as protective styles.

Rule No. 3 – Leave people to do what they want a.k.a Mind your own business.

So again I say: my hair, my rules.

For my fellow naturalistas, what trouble do you guys go through with being natural?

Welcome to my Blog!